Probably not going to happen, for now at least.

With all the rumors flying around that portals are making their way into Tomorrowland I decided to investigate these claims.  Some people have gone as far as to say they’ve already been built.  So instead of telling them they’re full of it I checked it out for myself.  As I expected there was absolutely nothing to see, however I did snap a few photos of areas where portals could possibly appear.  Personally I’d rather not see any portals in Tomorrowland despite the potential of a Tron based adventure.  Now that would be fan boy dream come true. 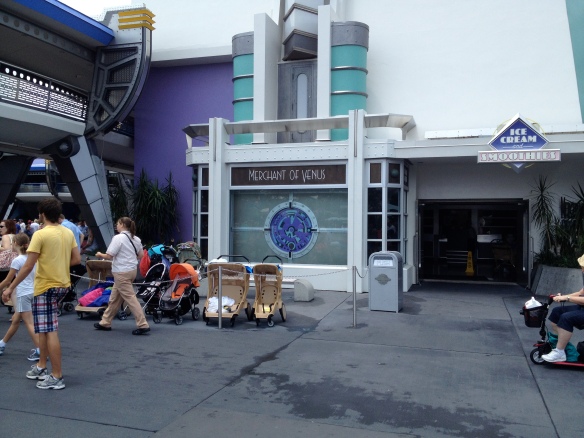 An open area in the back of the Tomorrowland Arcade

Some have speculated this area as well, using one of the posters as portal.

Those are the few that stuck out to me.  Honestly I just don’t see it happening.  I’d much rather see portals expanded into New Fantasyland as they have a clean slate to work with.  I’m sure there will be some expansion in the future I’m just hoping it stays away from Sonny Eclipse.