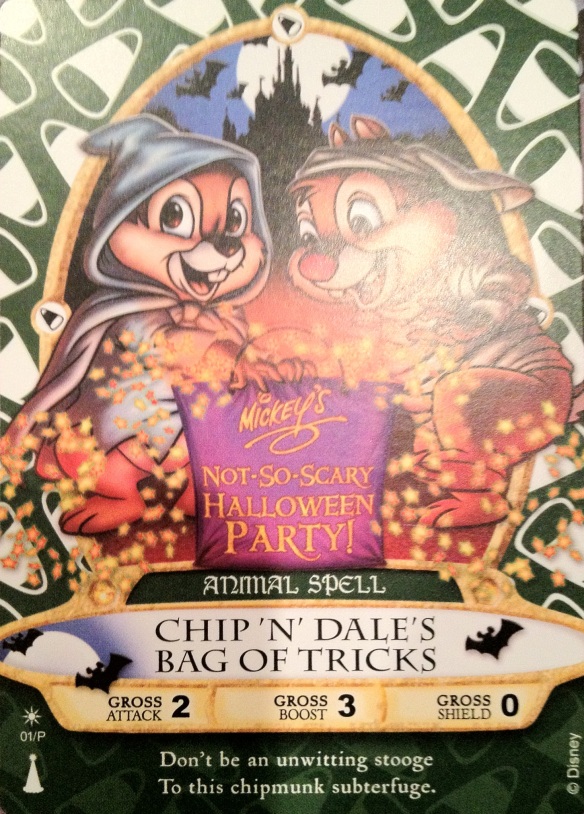 All those people who called me a liar when I posted the rumor on 8/31… BOO TO YOU!!!

At 6:30PM a horde of SotMK fans lined up outside of a closed Firehouse in hopes to be among the first to receive the “rumored” special edition spell card.  And its a good thing they did!  What we learned this evening is that the spell card is only available at the Firehouse and a wristband and event ticket are required to obtain the card.  In addition to that your event ticket will be stamped as to prevent anyone from getting multiples.  As expected they are already popping up on eBay, which is unfortunate but not surprising in the least.

The card is numbered 01/P as to denote the possibility of more special event spell cards and it appears to be a “SUN” symbol.  So now we have, Stars, Moons, Planets, Lightning Bolts, & Sun icons.

As far the animation goes here is a video courtesy of TouringPlans.com.

There is no confirmation as to how many cards they had available this evening let alone for the entire event.  Since there was never any official announcement from Disney Parks I expect these to go fast.  Good Luck Sorcerers!